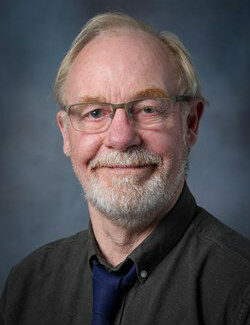 DP ESS Teacher and MYP Science Teacher
d.border@intsch.se
David, originally from County Durham in the UK, graduated with an Honours degree in Science from University of Salford, UK and a Post Graduate Certificate in Education from St Johns College York, UK. Since 1980 he has worked as a science teacher in a variety of countries including UK, Zimbabwe, New Zealand, before coming to Sweden in 1992.
Since starting at SIS in 2001, David has taught Biology and Chemistry in the Diploma Programme, Integrated Science in Middle Years Programme and more recently Environmental Systems and Societies in the Diploma Programme. After a spell as IB Coordinator (2007-2013) he assumed the role of Subject Leader in Science.
David and his wife have two grown up children and both enjoy travelling and birdwatching.