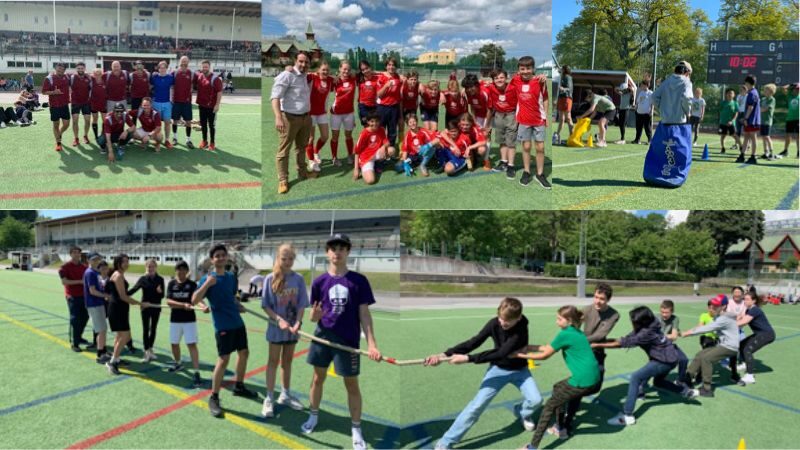 Spring brings outdoor sport to fore at SIS, and our sporting endeavours were certainly smiled upon by the weather gods this year. Both primary and middle school enjoyed sunshine on their respective days as they keenly contested the house points up for grabs.

In Junior School, proving that success in sport is about brain as well as brawn, Chikara showed commendable resourcefulness by choosing to do the sack race backwards – which he obviously found more stable – and built up quite a pace as a result.

Elsewhere, the juniors enjoyed everything from the finesses of boules to the physicality of the long jump!

Secondary school sports day was every bit as competitive with house points being keenly fought over in everything from running to tug-o-war. It was close, but Fire house had the joy of celebrating victory by a slim margin.

Air House took the honours on the junior sports day while Fire House scored top in secondary school. And of course students and staff could once again go head-to-head on the football pitch, with a hard fought game ending in an equitable 1-1 draw.

Gala is a glittering success

Making the grade
Comments are closed.