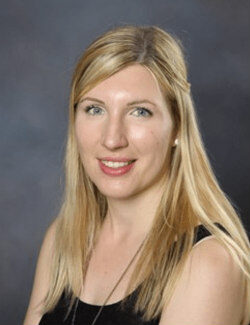 Cheryl is originally from the United Kingdom. She studied French at The University of Warwick and, as part of her studies, she spent a year in France teaching English where she immediately fell in love with teaching abroad. She graduated in 2011 and then went on to undertake her Postgraduate Certificate in Education at the same university, which she completed in 2012 after spending some of her teaching practice at a primary school in Brussels. Cheryl then worked at a primary school in England for four years, where she taught both Year 3 and Year 5 and was subject co-ordinator for English, Modern Foreign Languages and PE.

She moved to Sweden in the summer of 2016 and began working at SIS. Cheryl loves teaching and is passionate about moving children’s learning forwards!