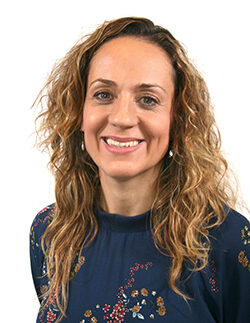 Laura van Halewijn – Chuquimia is from the Netherlands. She studied at the University of Utrecht where she obtained her MA in Spanish Language and Culture Studies in 2005. She taught in an IB MYP school in the Netherlands for 2 years, and completed her MA in Teaching in 2007. In 2008, she moved to Sweden and started working as a Spanish and Dutch teacher at SIS. Since then, she has taught Spanish and Dutch in all the three programmes offered here at the school. Currently, she teaches MYP Spanish Language Acquisition in Grades 6-10, and the Spanish B SL Ab Initio course to Grades 11 and 12. In addition to her role as a teacher, she is also Subject Leader of the Language Acquisition Swedish, French and Spanish Department MYP and DP programme in the school.

In 2000, before her studies at the University, she spent a year travelling to México, Guatemala and Belize where she learnt and studied the Spanish language, and lived with a local family for about six months. After she obtained her first MA, she traveled to Latin America again in 2005. There, she visited Bolivia, Chile and Perú, lived with a Bolivian family and worked as a volunteer teaching the Spanish Language to foreigners in Bolivia, La Paz.