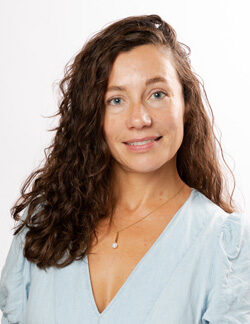 Valentina Cruz is a Grade 3 teaches at Stockholm International School. She was born in Tenerife, Canary Islands. At 18 years old, she moved to London, England. She studied Theatre and English there and when she turned 21 she continued studying Education and Theatre at University.

She studied, worked, volunteered and traveled around the world. She visited many countries: Turkey, Greece, France, Scotland, Cuba, Nepal, Tibet, India, Thailand, Hungary, Estonia, Denmark and Austria. Ms Cruz went back to University and studied to become a teacher in 2008 at Goldsmiths University in London. She then taught in a school in Hackney until December 2011. In 2012, she moved to Stockholm.