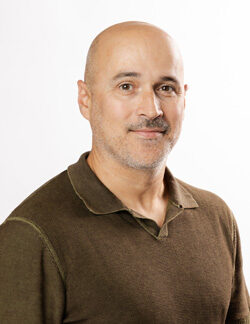 Víctor is originally from Málaga, Spain. He studied at the University of Málaga where he received his Master’s Degree in Philology, in the section of Hispanic Philology with French as the second main important subject also his Teaching Qualification. In 1997. He also started the first course of Doctorate’s Programme in Methods for the Study of Spanish Literature (Golden Age and Contemporary Literature). After graduating he has taught in several language schools in Málaga and he has become a specialist in ELE and has prepared students to DELE exams since then.  Some years after he was certified in French and English by the Spanish Official Language. After, during a school year in Oregon, U.S. he taught in high school Spanish in the Mother Tongue and Spanish B Language Programme.  In 2008, he started working at SIS in different roles in the Language Acquisition Department as DP/MYP Spanish Teacher and MYP French Teacher and as DP Spanish A Teacher. From 2014 he is IB DP Spanish B examiner.

In 2007 when he moved to Sweden, he learned Swedish in the Intensive programme of “Svenska for Pedagoger” in SIFA. He has taught in the Cervantes Institute for some years in which he has certified official examiner for DELE exams and also has also certified in many courses for specialists in the Spanish teaching as a foreign language.