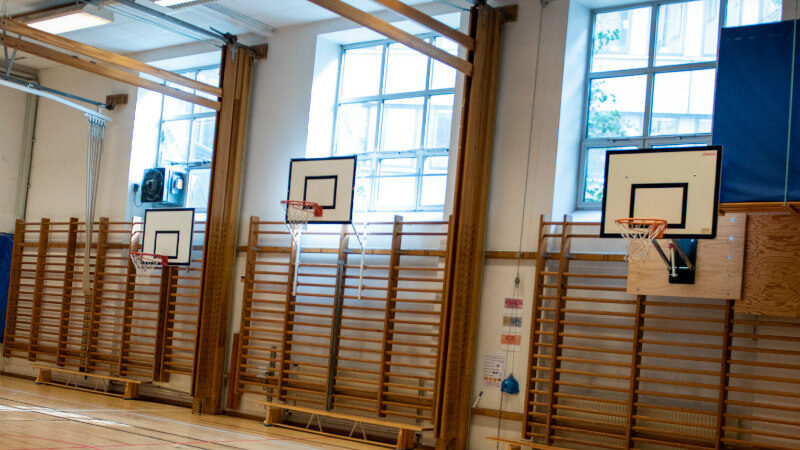 “When I first started at the school in August 1972, called then Anglo American School, I was told by the Principal that the school had a tradition form years past and it would be my duty and responsibility to see that the tradition would continue. I was told this tradition was the annual Teacher-Student basketball game held every December just before the end of the first term. I was happy to see that this tradition of the basketball game continued all throughout my years.

At the beginning of every fall term, the upper class students, then grades 7-9 and later 6-9, would begin asking and talking about the teacher-basketball game to be held on a December afternoon at the end of the term. It was something that they really looked forward to see and maybe even get to participate in as a player. Upper school teachers, principals and other members of staff would participate. All students in the upper school were also welcomed to participate.

It was a tradition of the school that brought happiness and a wonderful way to end the fall term. Sadly to say this tradition ended in 2002 or 2003. It was greatly missed by all!

There are photos of the teachers and players in the past yearbooks.”